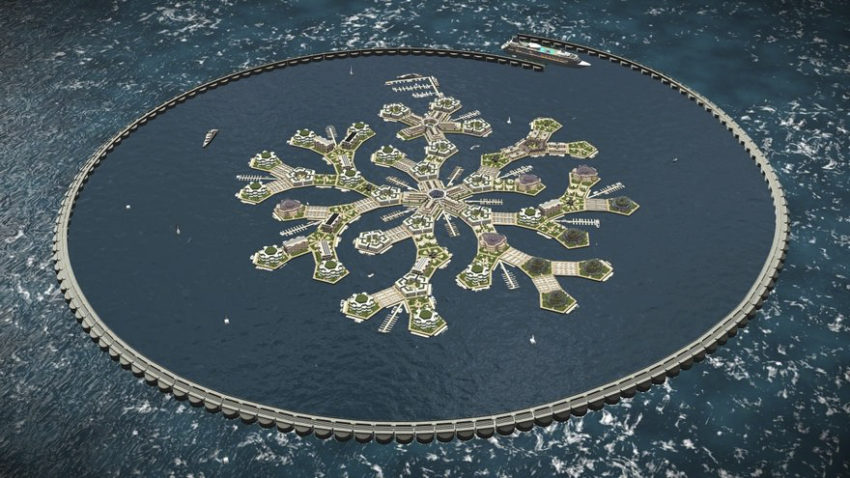 Even though the concept of floating cities is straight from a science fiction novel, but there are ambitious people that want to make it a reality. One of these groups is the Seastanding Institute who can make floating cities something real by 2020. Based in San Francisco they have been working on this idea since 2008. And finally they have reached an agreement with the government of French Polynesia to start building in its waters.

Their initial plans are for a city that will contain about a dozen buildings, including housing, hotels, office space and restaurants. The team has already been to the undisclosed location where the city is going to be built. The main goals of this project are to “liberate humanity from politicians” and “rewrite the rules that govern society”.

Initial costs of the project are estimated around $167 million. The first seed funding has already been received and it was paid by PayPal founder Peter Thiel. The next stage of the project’s funding is to hold a so-called “initial coin offering”, a crowdfunded campaign which raises funds by creating and selling virtual currencies.