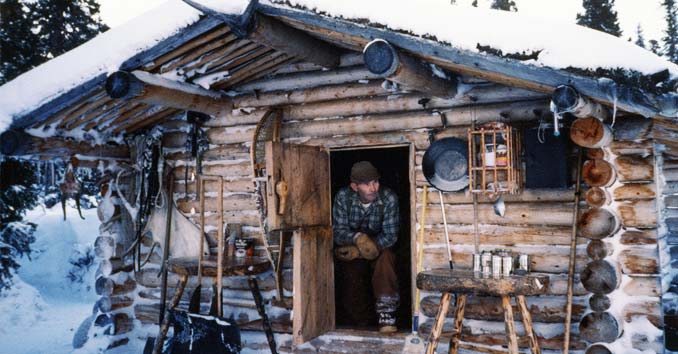 For nearly thirty years Richard Proenneke, an amateur naturalist, lived alone in the mountains of Alaska in a log cabin he built himself. The cabin is situated near the shore of twin lakes. He survived, hunted, fished and grew and foraged his own food, only occasionally he had supplies flown in by helicopter. His life is documented on film and in journals, he also recorder valuable weather and natural data. His films and journals were used by many later to film documentaries and write books about his fascinating life in the wild. 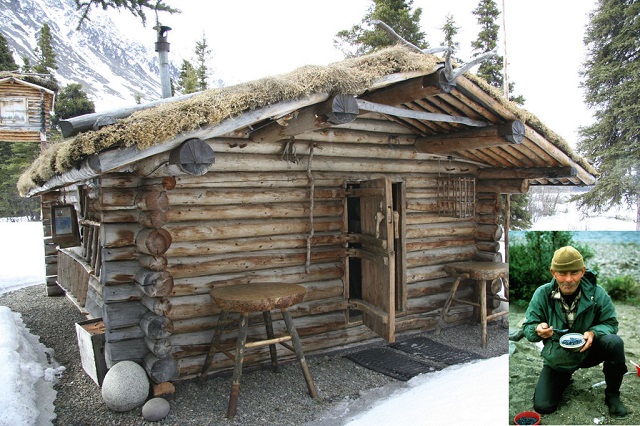 Today many people avoid manually building their log cabins. Instead they use power tools or they hire contractors to do the whole log cabin for them stress-free. Another convenient way to build small log cabins is to purchase a cabin building kit from a company. For someone like Richard, the dream of building a log cabin is an amazing accomplishment. It would be very interesting to learn of his methods and techniques of building the cabin. It would feel really good to achieve even something similar as Richard has. While not for everyone, living in the Alaskan wilderness can be done and more and more people are now seeing the advantages of such a life. A life that’s simple and deeply connected to nature. Richard is an inspiring role model for anyone aspiring to live off-the-grid.