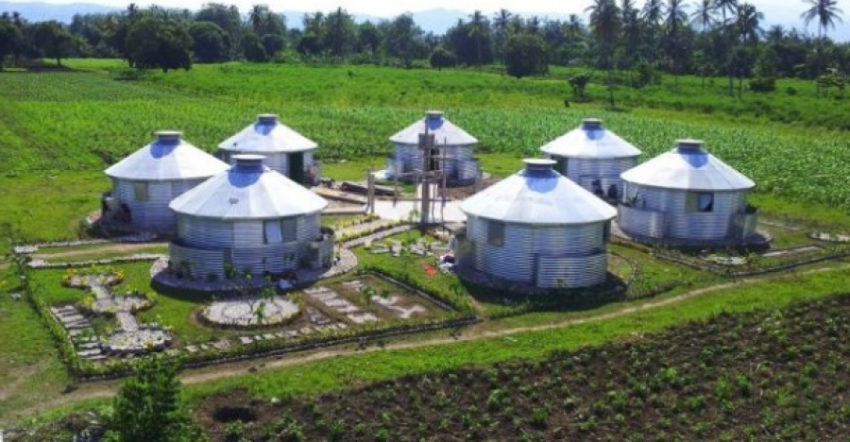 Created as a form of housing after the monstrous earthquakes in Haiti. They’re a mighty contrast to the houses normally found in Haiti, which are built with questionable concrete walls and flat sheet metal as a roof.

Sukup Manufacturing has made a name for themselves through high quality grain bins across the United States, but a different kind of product has been on display in Haiti in recent years. Called Safe T Homes, the buildings are converted grain bins described by Sukup as “quick and easy to construct” and “engineered structures that are suitable for all phases of recovery effort.”

After the January 2010 earthquake devastated Haiti, they saw an opportunity to help. The Safe T Homes are said to offer certain qualities, measuring 18-feet in diameter and made entirely of metal, making it resistant to termites and moisture. They are also virtually earthquake proof.

Each home can sleep 10 or more and features a double-roofed system that displaces heat, a full-size, lockable steel door, two windows that can be locked from within and a water collection system.

The Safe T Home is built to withstand strong winds. In 2016, Hurricane Matthew devastated Haiti with winds in excess of 145 mph and all 200 of the homes prevailed with just minor damage. In contrast, the vast majority of traditional homes in the area were destroyed. The Safe T Homes were able to hold up to 60 people in each home to ride out the storm.

The Safe T Home has a life expectancy of 75 years and can be assembled on-site with simple hand tools.