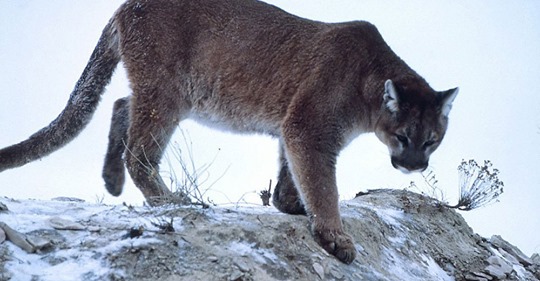 But as times moves forward change happens, partly caused by mother nature but mostly by us humans.

When specific conditions happen, a situation arises when endangered species can go extinct.

As reported by mashable today’s rate of extinction is 100 to 1000 times faster than previously expected.

Scientists report that 3 bird species are thought to disappear from the face of the earth in 2018. Two of them are songbirds from Brazil. The Cryptic Treehunter (Cichlocolaptes mazarbarnetti) and Alagoas Foliage-gleaner (Philydor novaesi) are extinct as of 2018 as reported from BirdLife International

BirdLife International also reports that Hawaii’s Po’ouli (Melamprosops phaeosoma), a bird that has not been seen in the wild at least since 2004 also went extinct in 2018.

“Ninety percent of bird extinctions in recent centuries have been of species on islands,” said Stuart Butchart, BirdLife’s chief scientist.

“However, our results confirm that there is a growing wave of extinctions sweeping across the continents, driven mainly by habitat loss and degradation from unsustainable agriculture and logging,” Butchart added.

There are also disturbing news that Spix’s macaw, a bird made famous from the animated movie Rio was declared extinct in the wild.

The reason for its extinction is believed to be rapid deforestation.

Also scientists have reported that the Eastern Cougar is extinct as the last sighting of it was 80 years ago and the last one was killed in Maine.

The last male northern white rhino, Sadan died in 2018. Reports say that the species is now lowered to just two females. There is small hope that the species will be saved as scientist are using artificial insemination to bring the northern rhinos back.

Giraffes are critically endangered for the first time in 2018.

As much as 97 percent of western monarch butterflies in the US have been lost.

All species of lemurs are in danger of being extinct

The Vaquita, a dolphin like porpoise is nearly extinct, say scientists.

“Vaquitas are the most endangered of the world’s marine mammals,” the National Oceanic and Atmospheric Administration said. “Less than 30 vaquitas remain in the wild, and entanglement in gill nets is driving the species toward extinction.”

There are around 40 red wolves in the wild in the USA, estimates are that they will go extinct in around 8 years.

Our planet “is now in the midst of its sixth mass extinction of plants and animals – the sixth wave of extinctions in the past half-billion years,” as reported by the Center for Biological Diversity.

“We’re currently experiencing the worst spate of species die-offs since the loss of the dinosaurs 65 million years ago.”

“Although extinction is a natural phenomenon, it occurs at a natural ‘background’ rate of about one to five species per year. Scientists estimate we’re now losing species at 1,000 to 10,000 times the background rate.”