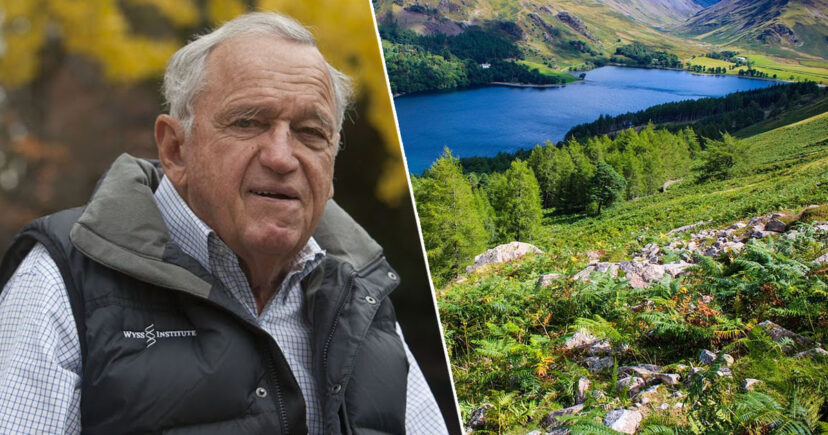 Hansjörg Wyss, a Swiss philanthropist and conservationist said he will donate 1$ billion in the next decade to save the planet.

His hopes are to increase land and ocean conservation around the world by directly supporting conservation efforts, funding scientific projects, and most importantly raising awareness about the importance of conserving nature.

Using his Wyss Foundation , his plans are to conserve 30 percent of the Earth in its natural state by 2030 and he states that this is achievable because he has seen what can be accomplished.

Writing in The New York Times, he said that land and water is best protected and conserved in wildlife refuges, public national parks and marine reserves.

He also said that plant and animal species are disappearing 1000 times faster than before humans came around; This claim is backed by research done by Brown University.

Also it’s noteworthy that since the first National Park was created back in 1872, around 15 percent of Earth’s lands and 7 percent of its oceans were conserved.

Scientists say that at least half of the planet needs to be protected to prevent the extinction of many species. Wyss is confident that he can make a difference.

His campaign will support local-led efforts to assist with managing parks and protected areas. Wyss also will sponsor research at the University of Bern, Switzerland to help scientists find out the best way for conservation.

The billionaire writes in the The New York Times:

“Every one of us — citizens, philanthropists, business and government leaders — should be troubled by the enormous gap between how little of our natural world is currently protected and how much should be protected.

It is a gap that we must urgently narrow, before our human footprint consumes the earth’s remaining wild places.”

His foundation has already helped protect wild places around the world like Africa, South America, Europe, Canada and Mexico and the total donations are more than 450$ million over the past 20 years.

He finally says that if we work together we can protect our planet but we need to start now.