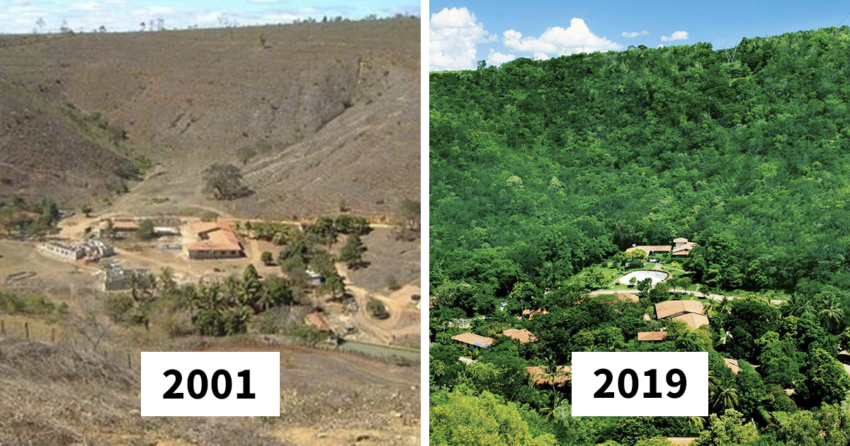 Knowing that 15% of all greenhouse gases come from deforestation which also destroys the natural habitats of many plants and animals, it stand to reason that this just can’t be allowed to continue on.

It might seem hopeless to try and make a difference in this massive environmental damage. We can feel small and helpless , thinking of how little impact we can make. Will our efforts ever make a difference? That didn’t stop Brazilian photographer Sebastiao Salgado and his wife Lelia Wanick Salgado to show us that a small group of dedicated and passionate people can reverse deforestation and turn it into reforestation.

Mother Nature is a very tough and hardy soul. It will always find a way to bounce back, it just needs the right conditions. Salgado has lived an admirable life, he won almost every major award in photojournalism and has published more than half-dozen books. He came back to Brazil in the 1990’s after he was physically and emotionally exhausted while documenting the horrific Rwandan genocide. What he saw back home in Brazil was hearth braking. His native are instead of being covered with lush tropical rain forest was now barren and devoid of wildlife. Not all hope was lost as his wife Lelia had an idea to restore it to its former glory.

“The land was as sick as I was – everything was destroyed,” Salgado had said in 2015. “Only about 0.5 percent of the land was covered in trees. Then my wife had a fabulous idea to replant this forest. And when we began to do that, then all the insects and birds and fish returned and, thanks to this increase of the trees I, too, was reborn – this was the most important moment.”

So they went on and formed Instituto Terra, a small organization which has managed to plant 4 million saplings and has effectively brought the forest back to life. “Perhaps we have a solution,” said Salgado. “There is a single being which can transform CO2 to oxygen, which is the tree. We need to replant the forest. You need forest with native trees, and you need to gather the seeds in the same region you plant them or the serpents, and the termites won’t come. And if you plant forests that don’t belong, the animals don’t go there and the forest is silent.”

Since then, after being very careful to make sure that everything that they planted was native to the land, the area is now teeming with wildlife. Where there was silence now there are the beautiful sounds of nature again. 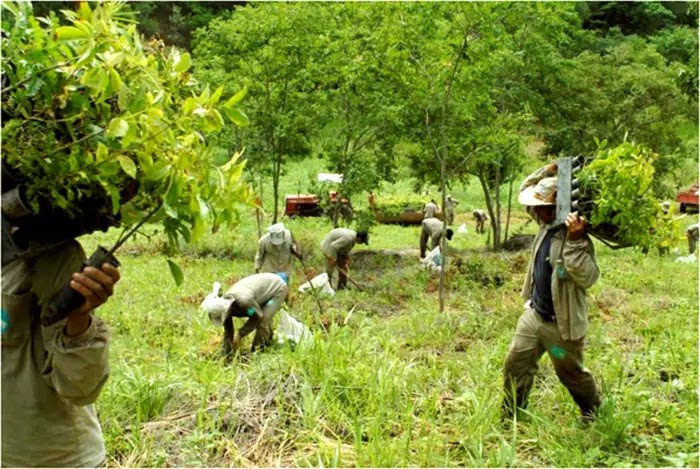