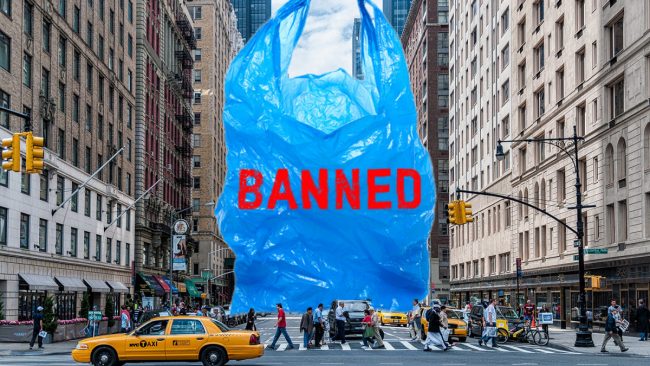 It is estimated that New Yorkers use approximately 23 billion plastic bags each year, as reported by the Press.

To lower this environmentally damaging litter, the lawmakers in New York have imposed a statewide ban of single-use plastic bags from retail sales.

The law was proposed by Gov. Andrew M. Cuomo and this will be the second statewide ban of plastic bags after California back in 2016.

Hawaii also has a ban of plastic bags in place. New York’s is planned to begin next March. Stores will be forbidden to provide customers with single-use plastic bags due to their non-biodegradable nature and the harmful effects they have on wildlife and nature.

Part of the State’s budget bills, the ban includes exceptions, like food takeout bags in restaurants, bags for wrapping deli or meat counter products and bags for bulk items, as well as garment bags, newspaper bags, and bags sold in bulk.

It will also allow counties to opt into a five-cent fee on paper bags, income which will go to the EPF (Environmental Protection Fund) and a separate fund for purchasing reusable bags for customers.

Mr. Cuomo said that these plastic bags have harmed nature and clogged the water-ways for long enough, so his law will protect natural resources for generations.

Sen. Todd Kaminsky stated that when we look back years from now we’ll be wondering why this wasn’t common place everywhere. He also said that he’s glad that New York is leading the way in the ban of Plastic Bags.

More and more states are taking steps to outlaw plastic products. Hawaiian lawmakers proposed bills with will ban a lot of plastic products in the restaurant industry. A proposal in Maryland could make it the first state to ban Polystyrene food containers.