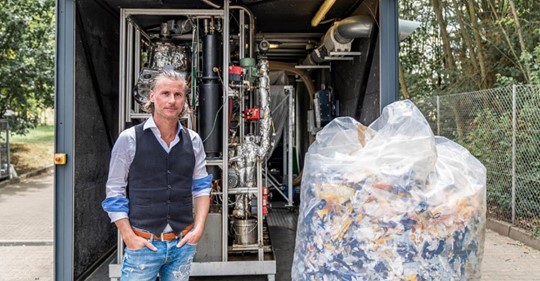 There is a huge amount of plastic floating in the seas and oceans. Many regions suffocate on the stuff and animals eat and die in great numbers. Isn’t there something we can do about this plastic ?

A company near Dresden, Germany has designed a machine that can actually save the world from suffocating from plastic garbage. This machine can convert one kilogram of plastic and turn it into one liter of fuel. The technology it uses is developed by Biofabrik and the fuel can be used for marine diesel engines or power generators. 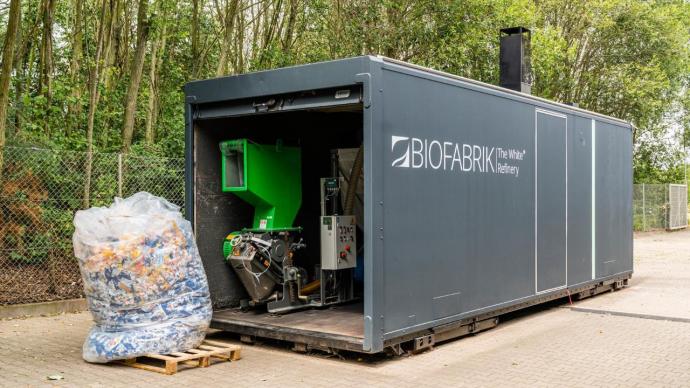 This is how it works: Fisherman can dispose of plastic directly on board their ships an get fuel right there. Tourists on the other hand use the containers to keep the beaches clean, get some cash in the process or even a free drink at the beach bar.

This type of technology can also be very helpful in crisis regions. A special facility is to be installed in the world’s largest refugee camp in Bangladesh. “The refugees will then be able to convert the plastic packaging of the relief supplies into fuel for the power generators directly on-site, so that they can load cell phones, for example,” says Oliver Riedel, founder of Biofabrik. 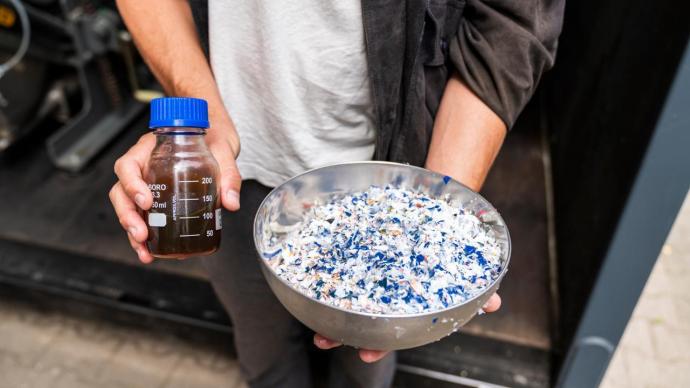 Oliver says that “With our technology, people may start collecting more plastic on the beach or in the sea.

This would not only shrink the mountain of rubbish, but also produce fuel: “Because many islands that have a plastic rubbish problem also have an energy problem.”

The prototype was complete after 10 years of research. It can process around 250 kilos of plastic into fuel every day. The series modules are even better. They are expected to produce 1000 liters of fuel daily. With a value added of 1000 euros.

Thanks to their successful research  “we are sitting on one of the largest oil fields in the world,” says Riedel.

The method of conversion is not something new. It’s called pyrolysis in which plastics are converted into gas or oil at very high temperatures.

The Biofabrik crew (25 scientists and mechatronics engineers) have created these special reactors. Inside the reactors plastic is heated up to 500 degrees Celsius with oxygen removed and waste like sand and salt filtered out.

In the end the reactors produce a dark, viscous liquid that Riedel calls “Royal Jelly”.