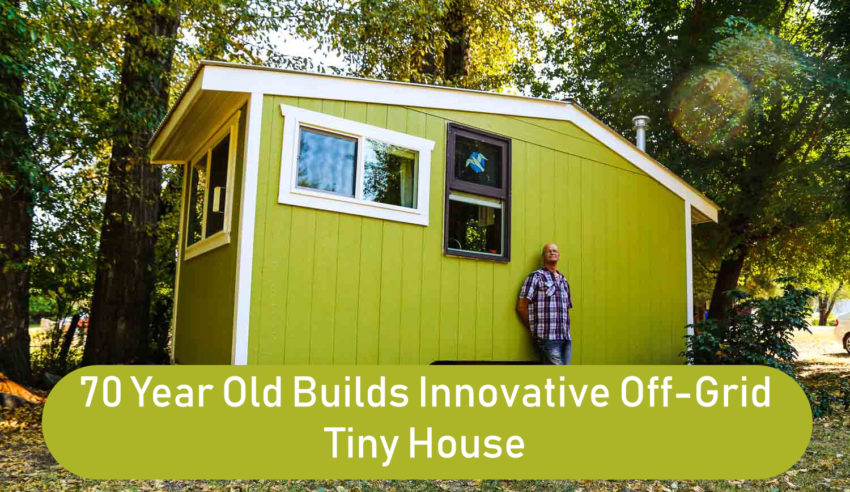 Peter Matheson, a 70 year old from Grand Forks, British Columbia, learned of the great benefits of living in a tiny house after he built and started living in his off grind, tiny house on wheels. His living costs became so small that he now watches as his bank account grows just from his government pension.

An experienced builder, Peter has experimented with many different approaches to building such as earth building and other eco-friendly methods.

The tiny house in Grand Forks he called Mi Pad. When he first started building it was an experiment to create better affordable housing but as the project went along he decided he was going to build the tiny home for himself.