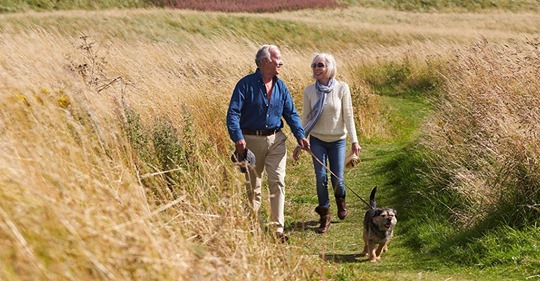 When you are out living in the country, your life seems to move a little bit slower. I have lived in big cities, next to the ocean and in big suburbs but it wasn’t until I started living at a small farm in Illinois that I finally felt truly alive. And it turns out there are others who have went through the same experience as me. There are made studies that have looked at the benefits of living in the country. They have come to the conclusion that living in the country is going to help both your physical and mental health. Sure, city life has some benefits as well but nothing the compare to the good country life does to your body.

In the united states rural places account for 97 percent of the country’s area but just around 20% of the population lives in this huge area. There is plenty of room for those that want to go back to the simpler life and be closer to nature. If you are deciding between city life and country life here are six big benefits to living in the countryside that might help you with your decision.

The more you go away from cities and into the country the air quality drastically increases. The main reasons researches say this happens is that there are less cares, less industry and bigger areas of forest and greenery. Another benefit is the exposure to cell-improving phytochemicals that are released from plants.

The causes for pollution are not only because of the lack of greenery but mostly from tiny particles released from motor vehicles and factories. People inhale these particles every day and they eventually impair your breathing and increase your risk of contracting a pulmonary disease. Escaping from all this pollution will help your breathing and decrease the risk of these harmful diseases.

Crime still does happen in these areas, but statistically speaking you’d be more comfortable letting your kids ride their bikes alone and opening the window while you sleep in rural areas compared to cities.

Country life is better for your brain because scientists say it works different than it does in the big cities, namely two areas of the brain are over-stimulated, the areas responsible for emotion and anxiety. So this means that in the country your brain is less likely to experience anxiety or over-stimulation. There is also some hopeful research that says that country life decreases your risk of schizophrenia.

This doesn’t mean that you won’t have mental health issues in the country. You are not guaranteed that you are going to have less stress just by moving in the country. The benefit lies in the fact that you will lower the risk of all these emotional disorders.

Enjoy the outside shares many of the benefits with living in the country side. You don’t have to travel once in a while to see nature, in rural areas nature is all around you. The specific benefits to being surrounded by nature are from memory improvements to lowering your blood pressure. It can actually make you more creative.

Being in nature is an amazing way to improve your health, and it’s very easy to find it when you live in rural areas, it’s right outside your door.

Out in the country , you don’t have big supermarkets close to your house. Most of the food I buy comes from local farms just 10 minutes drive from my home. The food is organic and fresh and most importantly you are getting it straight from the source. There’s also always the option to start growing your own food.

In urban areas, you don’t have the same access to fresh unprocessed produce. Most of the low-income urban areas suffer from this because they don’t have fancy organic stores but small supermarkets and gas station snack bars. In the country ,you can get high quality groceries for cheaper giving you access to a cleaner diet and more health. Organic foods have many proven benefits, most important being the fact that your exposure to pesticides is going to be much lower.

There are things that only the country the offer to you, and the diversity of these areas will give you anything you could ever want like nearby water or mountain views. Sure, there are always going to be some drawbacks to living in the country, my biggest one is that I have to drive 2 hours to meet my friends who still live downtown. But if you can’t get enough of all the peace and nature then country living just might be for you.

If you are thinking of moving to the country just weigh all the pros and cons of it in your head and then make your decisions. Anybody can appreciate nature and feel better in it.